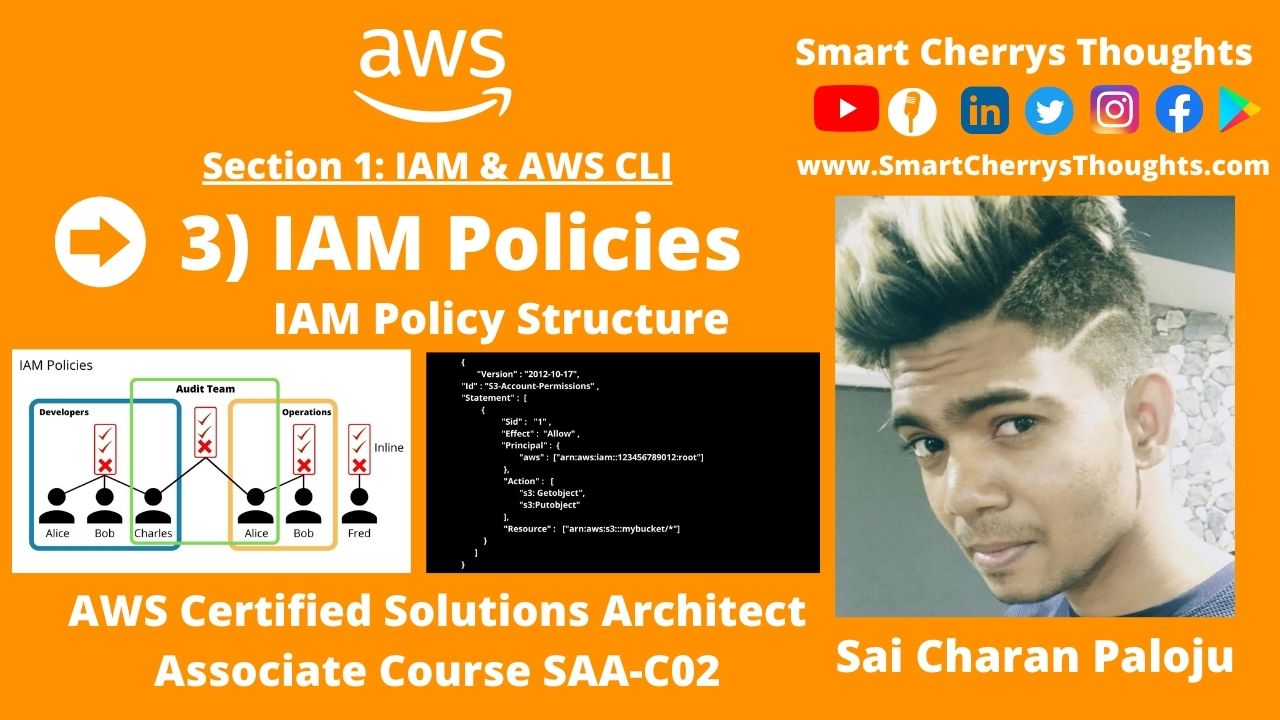 So let’s imagine we have a group of developers,

Alice, Bob and Charles, and we,

In that case, the policy will get applied to every single member of the group.

So both Alice, Bob, and Charles

Now, if you have a second group with operations with a different policy,

David and Edward will have a different policy than the group of developers.

If Fred is a user,

It has the possibility not to belong to a group.

that’s only attached to a user.

So that user could or could not belong to a group.

you can have inline policies for whatever user you want.

and you attach a policy to the audit team as well,

Charles and David will also inherit that policy from the audit team.

That should make a lot of sense when we get into hands-on. 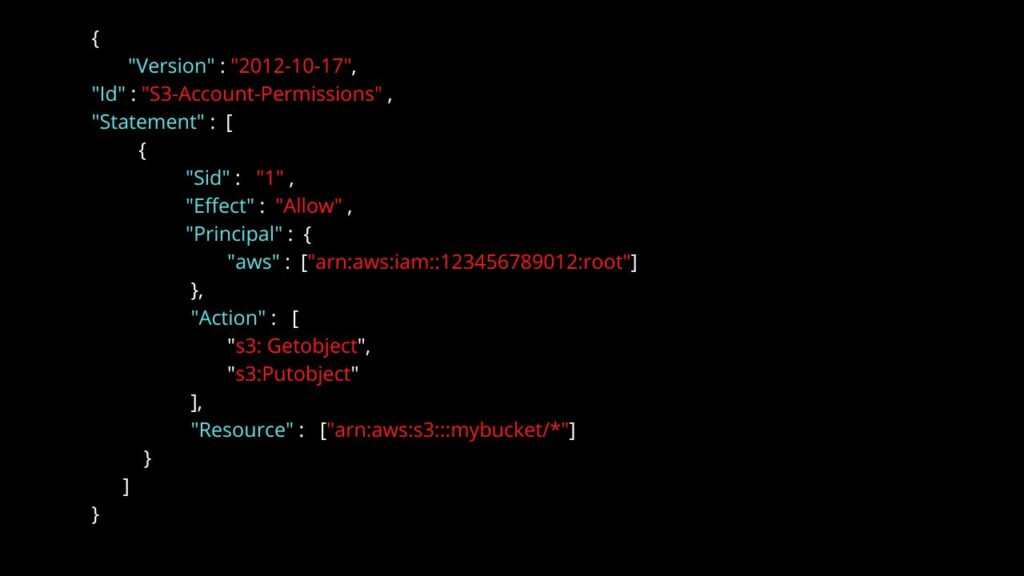 you just need to know at a high level how it works,

as well as how it is named.

So this is named something you will see quite alot in AWS,

so get familiar with this structure.

this is adjacent documents.

And ID which is how to identify that policy,

And then more statements,

and statements can be one or multiple ones,

and a statement has some very important parts.

So the Sid is a statement ID, which is an identifier

for the statement, which is optional as well,

so on the right hand side is the number one.

the effect of policy itself, so it is whether or not the statement allows or denies access to certain API,

so in the right hand side, this says allow,

but you can see deny as well.

The principle consists of which accounts, user or role which, to which this policy will be applied to.

So in this example, it’s applied to the root accounts of your AWS Accounts.

Action is the list of API calls that will be either denied or allowed based on the effect.

to which the actions will be applied to.

So in this example, it is a bucket,

but it could be many different things.

And finally in, not represented here.

but there’s a condition to which when this statement should be applied or not,

and this is not representative here because it is optional.

So going into the exam, you need to make sure

that you really understand the effect, the principle,

the action and resource, but don’t worry,

you will see those along the way in the course

so you should be confident with them by the end of the course.

That’s it for this lecture, I hope you liked it.

Ans i will see you in the next lecture. 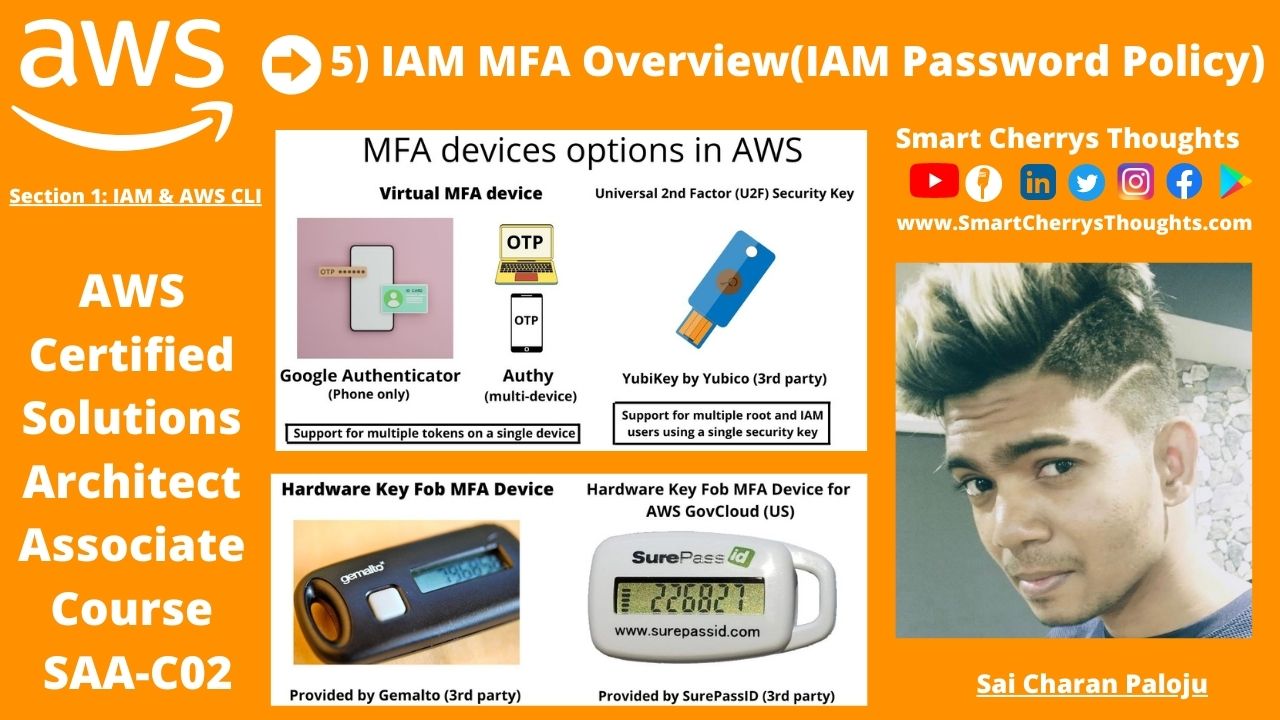 5) IAM MFA Overview(IAM Password Policy)- AWS Certified Solutions Architect Associate Course SAA-C02- Now that we have created users and groups, it is time for us to protect these users and 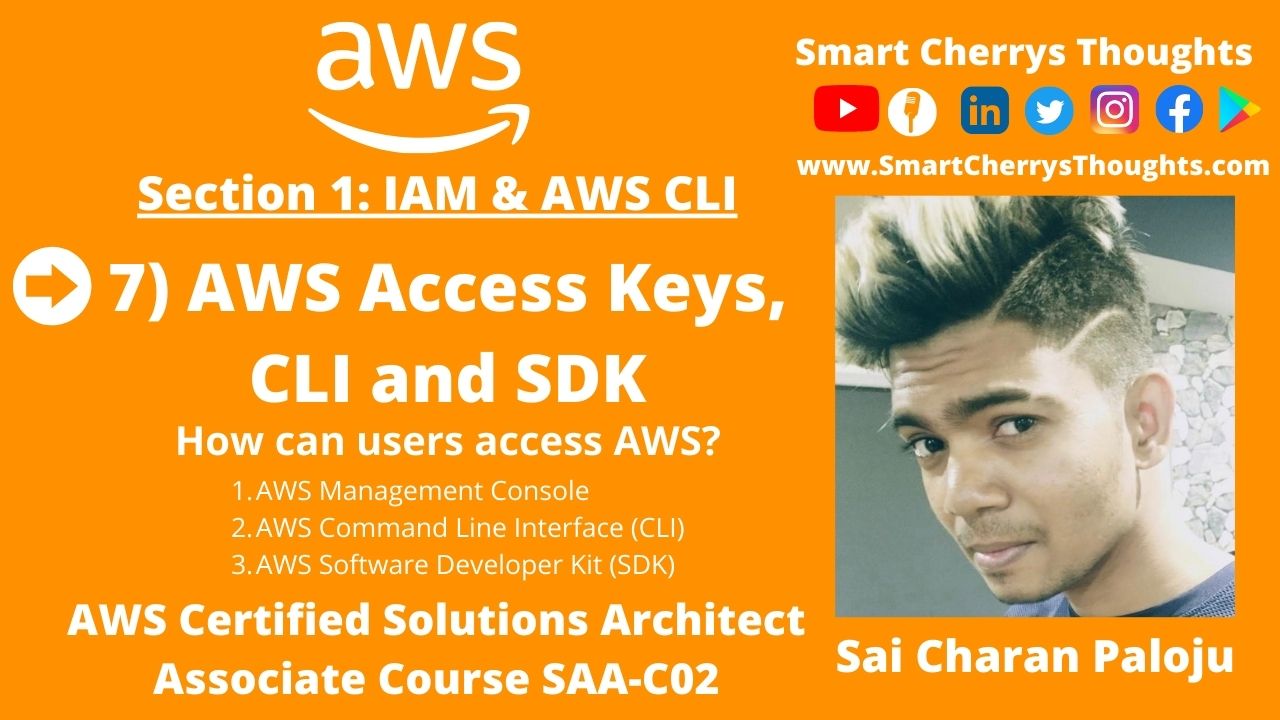 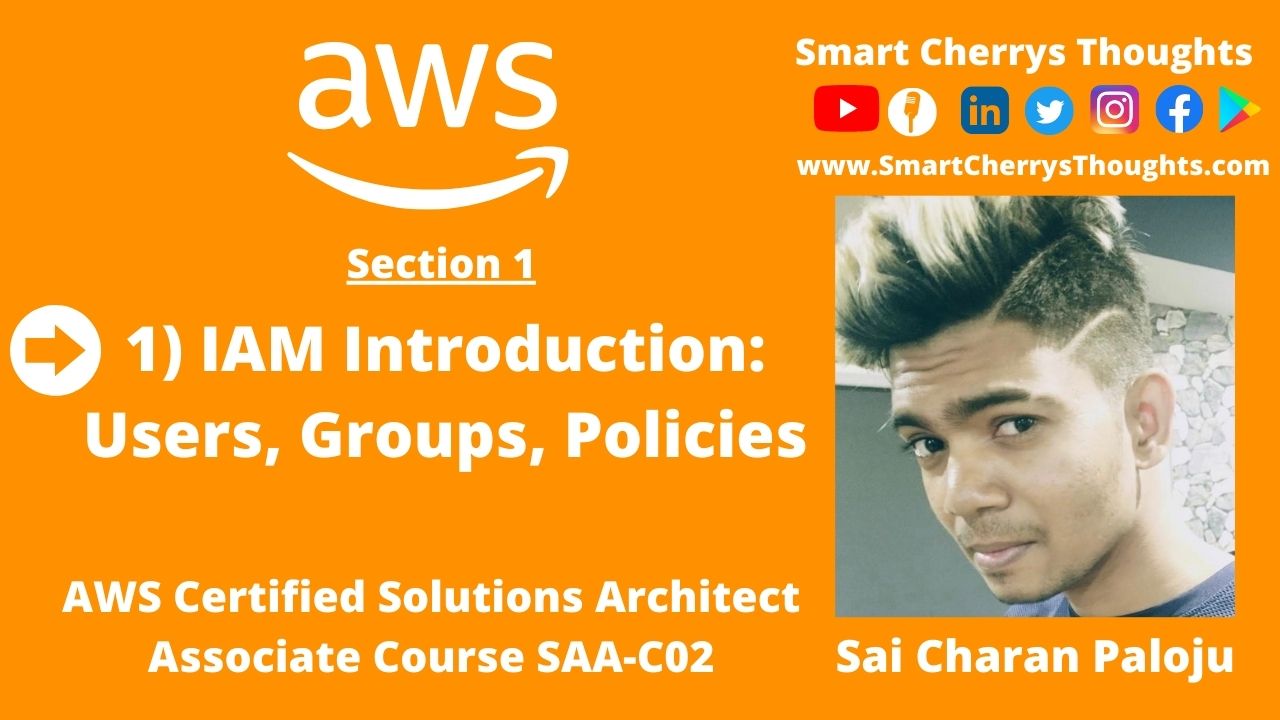